ZabalazaNews on Facebook (first post): Bobo Makhoba was a founding member of the Zabalaza Anarchist Communist Front (ZACF) as well as one of the original guerilla electricians for the Soweto Electricity Crisis Committee’s Operation Khanyisa campaign, which illegally reconnected thousands of households’ electricity after it was cut off for non-payment – forcing Eskom, the state electricity utility, to scrap arrears for thousands of Sowetans. He later served as the SECC’s organiser and then co-ordinator.

Comrade Bobo Makhoba will be remembered as a dedicated and struggle-hardened working class militant who believed in direct action and grassroots organisation and made important contributions both to the ZACF, notably its model of township organising adopted in the early 2000s, and the struggle of the black working class in South Africa. 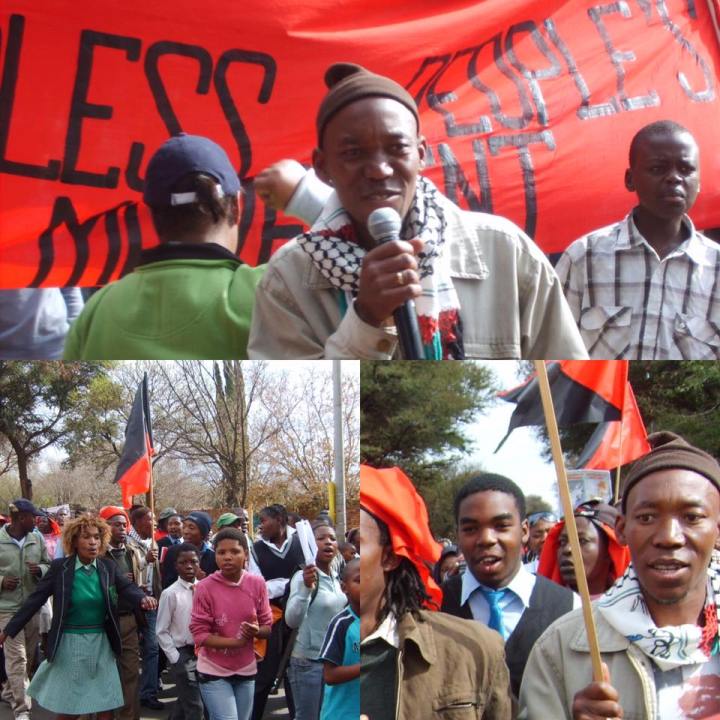 IMAGE: Bobo Makhoba (1975-2016) at the “Reclaim June 16” demonstration in Soweto, 2009. The demonstration was co-organised by the ZACF and Landless People’s Movement Protea South branch together with other civic organisations and left forces.