Members of the Bikisha Media Collective (BMC) played a key role in the Workers Library and Museum (WLM), a non-sectarian labour service organisation then based in Newtown Johannesburg, from the late 1990s into the early 2000s. The WLM was run by an elected committee, with various subcommittees, and BMC members were active in these structures. Below is a cap produced by the WLM for a major cultural event in 1999, the “Zabalaza WorkerFest” (BMC members were not active in this event, but the cap indicates some of the scope and ambition of the WLM).

Note: The term “Zabalaza” means struggle and the “Zabalaza Workerfest” had no links to the later anarchist formation, the Zabalaza Anarchist Communist Federation (later “Front”, ZACF). More on BMC at the WLM here. 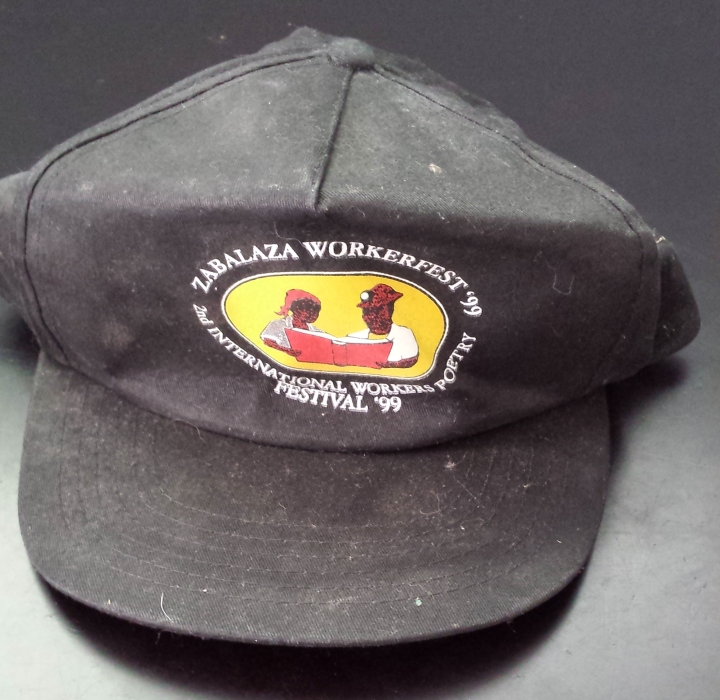