Hammond later did an Honours thesis on The International  at the University of Cape Town, but no copies seem to have been kept. Anyone who can provide a copy, let us know! 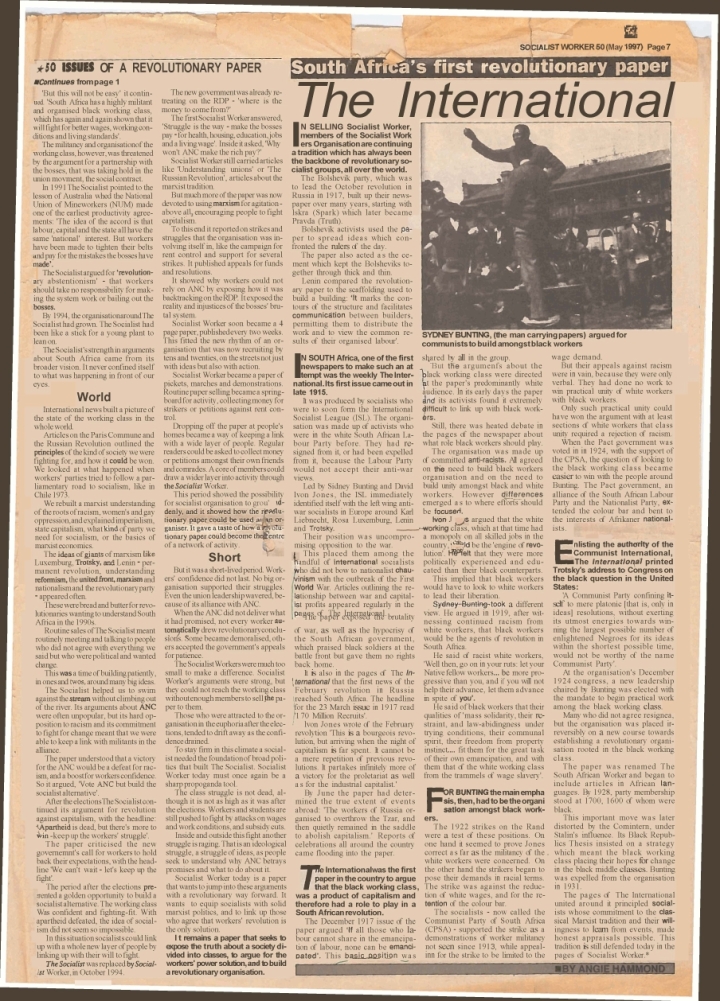